I’ve always liked to think about a touristic district, imagining an homogeneous area with a high-density of significant elements for a tourist, such as the landscape, the historical records, the architectural eminences, the resources of wine/gastronomy, welcoming structures, the social net.

I think this concept can be applied happily to the ideal district that unites the villages of Castiglione del Lago, Città della Pive, Panicale and Paciano, a district to which Poggiolo belongs in its own right. The hilly landscapes around the Trasimeno, immortalized by Pietro Vannucci, “the Perugino”, born in Città Della Pieve, frame the district, the villages enclosed by medieval walls or dominated by a castle are the architectural feature of human settlements, l food and wine offer that has its flagship products in oil, wine and truffle, and the numerous low-impact charm structures for a widespread reception strongly characterize the quality of hospitality in the district itself. If we add the really close distances but at the same time the lack of a single catalyst center of tourist flows we can certainly think of a slow tourist district.Starting from Poggiolo I would definitely go to Città delle Pieve enjoying the intact hilly landscapes that you cross until you see the profile of the town on its spur between the Chiani and Nestore rivers.

A car ride around the city allows you to appreciate the structure enclosed by the walls, then, on foot, everything is within a pleasant walk: from the Rocca to the square with the Cathedral and the mighty Palazzo della Corgna and beyond until Palazzo … … In the Cathedral the “testimonial” of the district, the Perugino, has left a significant testimony in the paintings of the baptism of Jesus and the Madonna in glory … … so too is the later Pomarancio (Antonio Circignani), also born in the city della Pieve, the angelic glory and the marriage of the virgin. Another painting by Perugino can be seen in the oratory of S. Maria dei Bianchi: the adoration of the Magi; interesting Palazzo della Corgna frescoed and commissioned by the powerful Della Corgna family who had established their own lordship as a marquisate between the city of Pieve and Castiglione del Lago with Ascanio Della Corgna in 1563. A jump in contemporary art to the Kossuth space: located in the remittances of the Bishopric and dedicated to Wolfgang Kossuth and his works also hosts exhibitions of other artists.

Walking through the village do not miss a curiosity: the alley Baciadonne; it is said to be the narrowest alley in Italy!

Città Delle Pieve deserves a visit at the end of August when it comes to life particularly for the Palio dei Terzieri, a very popular folkloristic manifestation; the taverns of third parties,open for the occasion, they offer medieval specialties served in very suggestive environments by boys in period costume. If you are not in the city at that time recommended a wine and food stop at

the historic trattoria Bruno Coppetta. We leave Città della Pieve and continue our “slow” itinerary in Castiglione Del Lago which is about twenty kilometers away. Located on a beautiful promontory on the western shore of Lake Trasimeno, the village is surrounded by medieval walls that start at the Sienese gate and end with the Rocca del Leone, from which you can enjoy a beautiful view of the lake and its islands.

At the end of the main street Palazzo della Corgna erected on a project by Vignola and dell’Alessi and decorated by Pomarancio commissioned by Ascanio Della Corgna, seat of the marquisate and a small late Renaissance court. The palace is connected by a long covered walkway to the Rocca del Leone, which is worth visiting. It is very pleasant to walk inside the Borgo, especially if you want to buy local products such as oil, truffle, wine, pork butchers, exposed in a lively manner in many shops or enjoy a refreshing break on one of the terraces overlooking the lake. Don’t miss also a walk along the lake, from where you can embark for one of the islands, the Polvese or the Maggiore; my preference goes to the Polvese Island, very beautiful from the landscape point of view, very relaxing and which also allows a bath in the summer season! Recommended enogastronomic stop: Porta Senese, a restaurant run by a family of butchers; excellent tartare!

Returning back for a few kilometers we turn off the road that would take us back to the city of Pieve following towards Paciano – first I would suggest a detour to Madrevite, an excellent wine cellar – a small village also enclosed within the medieval walls. After Paciano we follow the road that leads us to the small jewel village of Panicale, the last stop on our slow itinerary.Nice to get there at the end of the day to enjoy the sunset on Lake Trasimeno not without having first visited the beautiful martyrdom of St. Sebastian in the homonymous church by “our” Perugino and at least to have overlooked the enchanting and very small Caporali theater, headquarters all over today a prose and musical season, and at the Collegiate Church of S. Michele with a fresco by an illustrious son of the village: Masolino da Panicale. Climbing the narrow concentric streets we arrive at the Palazzo del Podestà, a rustic building of the fourteenth century surmounted by a tower.

At the end of the day enjoy the small square from the terrace of Lillo Tatini, my favorite restaurant, ten out of ten for hospitality, the location and the menu! If you can’t find a place, at the corner the excellent Masolino! 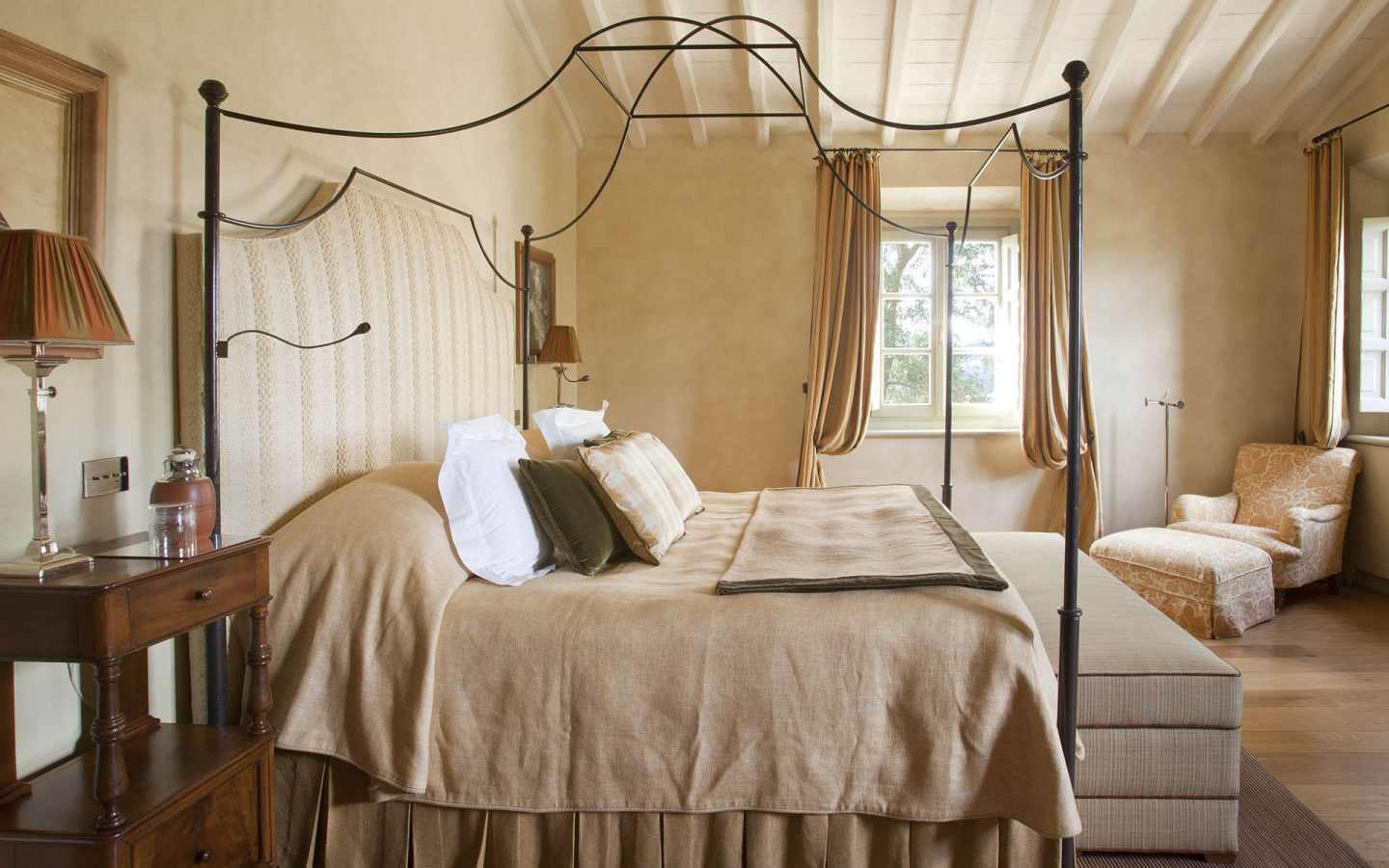